We had a blast in San Francisco last week! We attended a bridal show, visited some vendors, and unable to pass up a good deal! Turns out that all of the Priscilla of Boston’s stores are closing, and are on a selling rampage! Wedding Dresses, Bridesmaids dresses, and accessories are priced so low it’s hard to believe!

The Priscilla legacy began in 1945 when fashion designer Priscilla Kidder opened the Bride’s Shop on Newbury Street in Boston, Massachusetts. Known for her unique, handmade wedding gowns, Priscilla catapulted to the national spotlight when she designed gowns for the daughters of President Johnson and President Nixon. As an estimated 55 million people watched on television, President Johnson’s daughter, Luci, married Pat Nugent in a Priscilla of Boston gown in 1965. In 1968, Julie Nixon married David Eisenhower in a Belgian lace Priscilla of Boston gown.

Her designs also garnered international fame and distinction when she designed exquisite bridesmaid gowns for Grace Kelly’s nuptials to Prince Rainier of Monaco in 1956. Priscilla’s unique, handcrafted designs have stood the test of time and allowed the company to grow to 19 signature salons and select specialty boutiques nationwide.

Unfortunately, the legacy that started over 65 years ago has finally come to an end. After a review of the business environment, David’s Bridal, which owns Priscilla, made the choice to close down the shops at the end of 2011.

Here are some of the photos we’ve taken at the San Francisco store. It’s sad to see such an iconic store disappear. 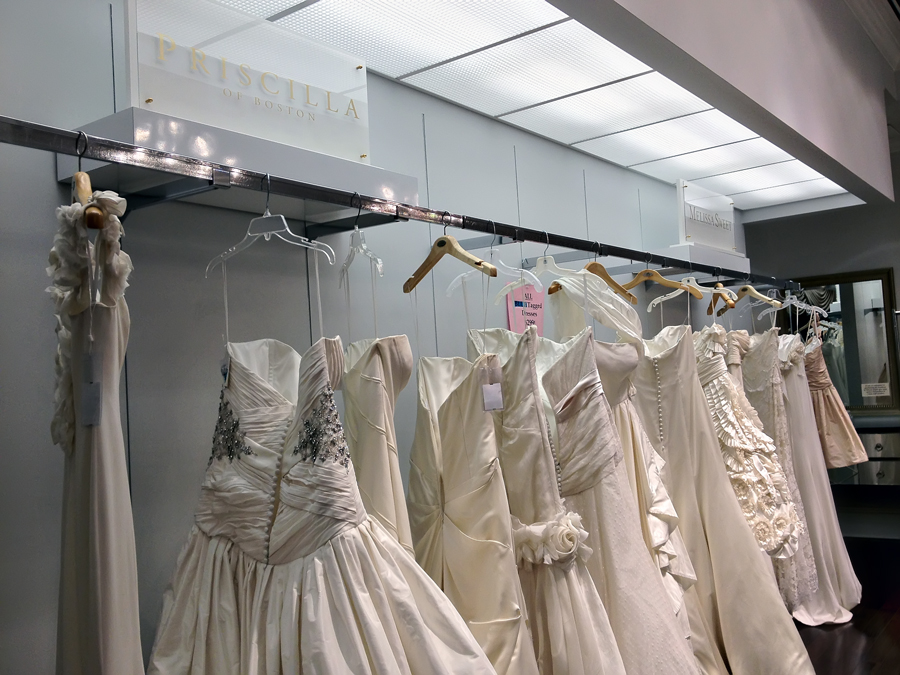 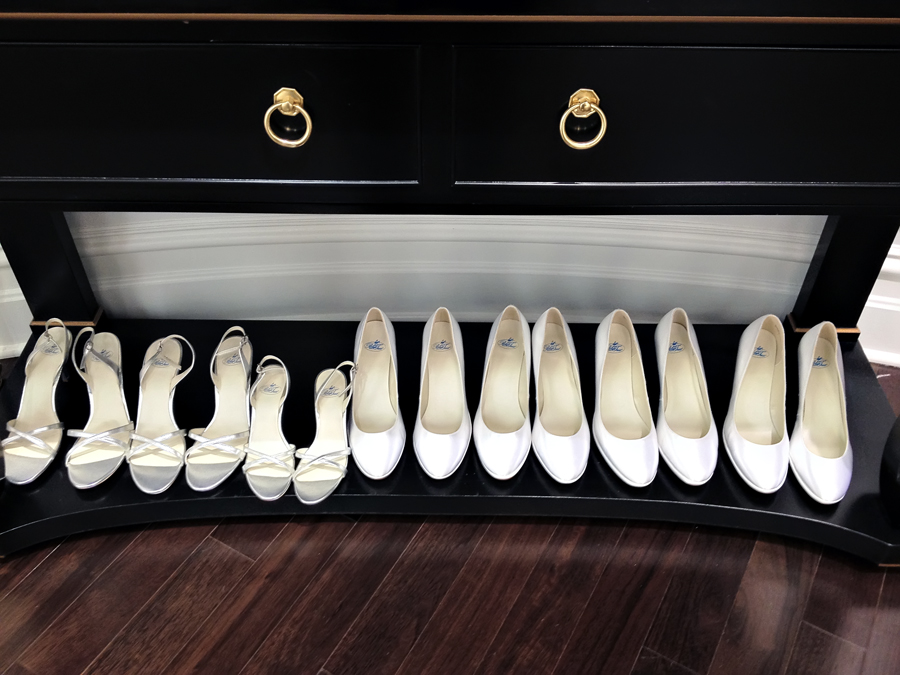 We were able to pick up a few items in the store, although by this time it’s slim pickings. There were many wedding dresses still on sale for a fraction of their retail prices. Some of them that were selling for thousands of dollars could be had for $99, $299, or $499. We saw a rack of bridesmaids dresses that were selling for $9.99!

If you’re heading down to the US before the end of the year, try stopping by one of their stores. Hopefully, there will still be something left!