What a world we live in! A few days ago I learned of an event that’s hosted in Nevada every year in the middle of the Black Rock desert called The Burning Man. Tens of thousands of people participate in this week long theme camp in what can be described as a freedom of speech, of expression, and of art. It’s nothing like I’ve ever seen before…the entire event has a Mad Max steampunk kind of feel.

It’s such a difficult concept to explain. Fortunately, professional photographer Jimmy Hickey of Portland, Oregon was there on the scene and took dozens of amazing photos. What does this have to do with weddings? Well, apparently, there are lots of weddings that take place at the event, and they even have something called Wedding Dress Wednesday, in which everyone dresses in a wedding dress, even men! Here’s what I’m talking about: 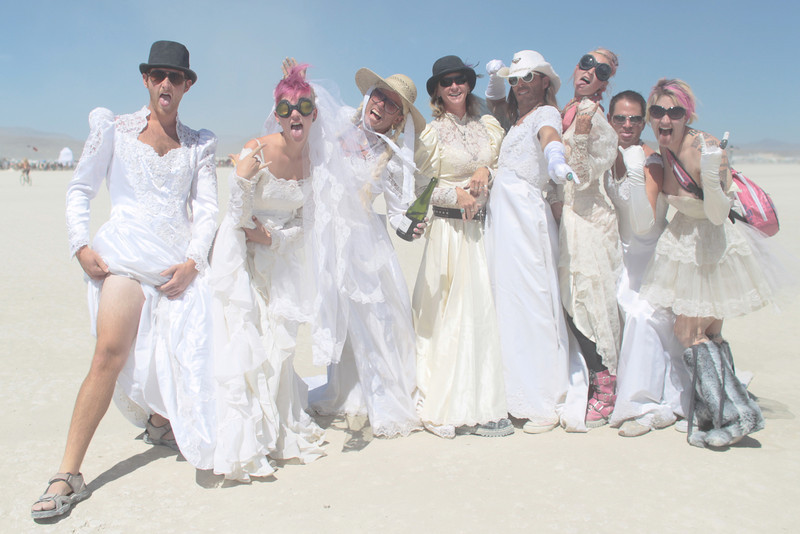 Another photographer, Sam Coniglio of Oakland, CA, was also at the scene. Here’s a photo of one of the many weddings that occurred there: 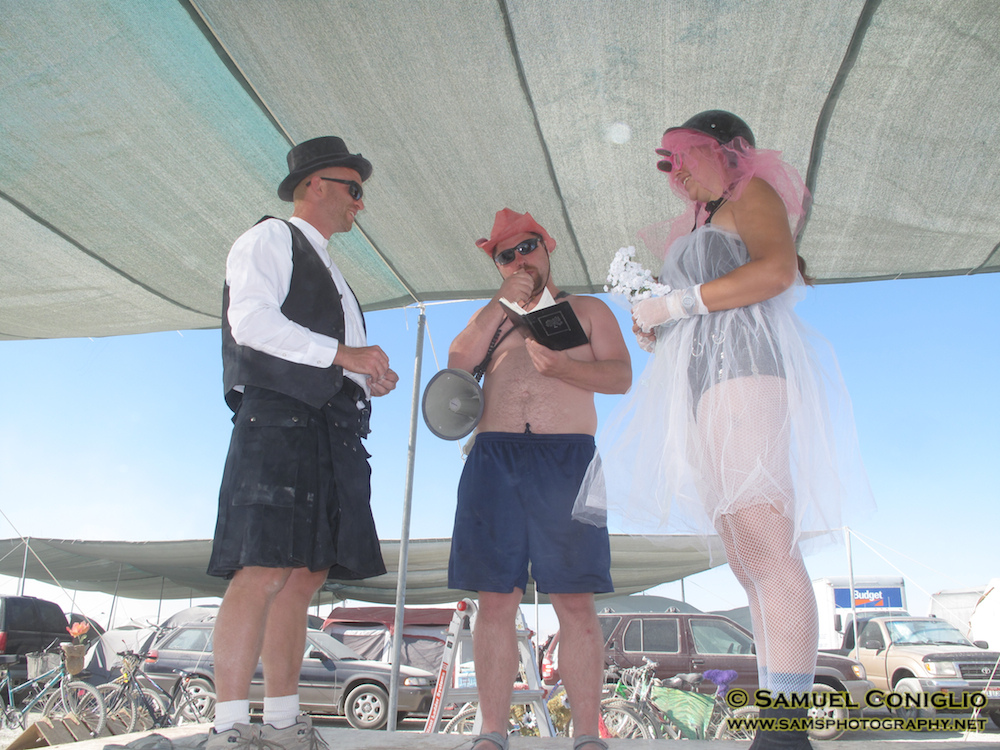 See this photo and many more on his Flickr page!

Hope you enjoy these oddities!